Admittedly, I’m not the best at dating bikes. I can usually come close, but tend to forget individual bikes’ specific ages. If I’m within a couple years either way that’s usually good enough for me.

I love this old Crawford-badged Columbia, not only because it’s pretty as heck, but also because it has its date right on it. I haul it out for local rides or bike events just because of this. A couple of cocktails might try to wipe my memory clean, but that Anniversary decal is always there to help me out.

Which brings me to the topic of the anniversary itself. It’s hard to fathom that Columbia bicycles celebrated their 60th anniversary in 1937. That’s 80 years ago by my math, which (also by my math) was a long time ago, and 60 years before that was a really long time ago. Collecting bikes from 1930’s forward like I do, I forget just how far the industry goes back.

A final note: Modern bike computers might be able to tell you a hundred different things, but can they measure your effective wind speed like that old anemometer mounted on the handlebar? I think not. 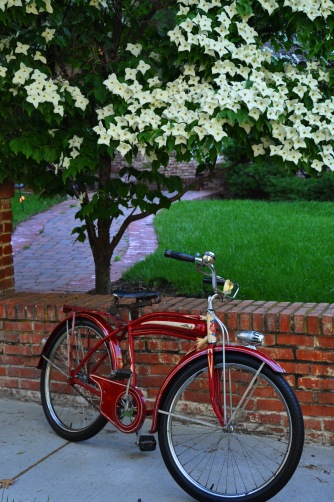 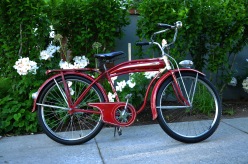