While we’re on the topic of bicycles from the East, here’s an interesting example of a vintage Japanese-made commuter. At first glance I thought it was Chinese-made based on the rod brakes, enclosed chaincase, hairpin saddle and black paint, all standard issue for bikes in China. Upon closer inspection it is indeed Japanese, with plenty of badges indicating its origin. It even has old Araya rims, something that many more modern Japanese road bikes used. An internet search produced nothing on Undes, Hayashiya or Best bicycles, all names that are present on it.  I know that bicycles from the orient often have multiple names on them, any of which can refer to the manufacturer, distributor, model etc., but was hoping one of them would provide a starting point for research. Alas, nothing. So, if you know something about these please share. Also, if you know how to read Japanese and can decipher any of the markings I’d be very appreciate.

I’d known about this bicycle since 1988 (or so) after seeing it hung in the corner of my friend Leo’s garage. Leo was a horder extrordinaire, meaning the garage was packed to the rafters with all manner of stuff. The bicycle was of course stowed in the very back corner of the garage, effectively walled in by a mountain of old toasters, boxes of newspapers, vintage toys, broken light fixtures, tin cans full of straight nails, old car parts and pretty much anything else you could think of (and some you’d could never imagine). I didn’t know until many years later than under all that junk there were actually three cars, a 1927 Buick, a Maxwell (I forget which year), and a 1909 Sears. All runners, all beautiful, but all filled, then stacked on until you couldn’t see so much as a headlight, a tire tread, anything.

Leo passed away in 2012 and the family began the monumental task of de-hoarding, no small feat, even for the five siblings. By July of 2019 there was some semblance of a goat trail towards the back of the garage. Not all the way, mind you, but for a bicycle junkie, it was enough.

It took some low-level mountaineering skills to reach the bikes, and then 4 people and a bucket-brigade effort to cut the twine holding them to their nails and finally shine some daylight on them. I don’t think the family was thrilled that I had to stand in the Maxwell, and at one point, on the Sears, but again, bike junkie.

I can see where Leo would have acquired the other two bikes, a balloon-tire Schwinn and an old Brit racing bike; those probably turned up in town, at a yard sale perhaps. But the Undes? I’m pretty sure the brand was only sold in Japan, never meant for the American market. We already had tons of bicycles that more than filled the market niche that the Undes would have served. With one gear and weighing nearly 50 pounds it certainly didn’t surpass the standard American iron of the period. Maybe a serviceman brought it back, or it could have possibly been shipped here as a novelty after someone visited Japan. It’s all guessing at this point. For the sake of the bicycle’s history, or at least to quell my curiosity, hopefully someone out there will be able to offer some insight. Fire away with your thoughts, opinions or whatever. 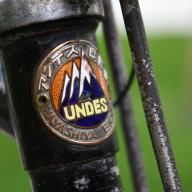 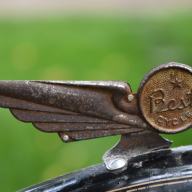 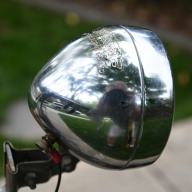 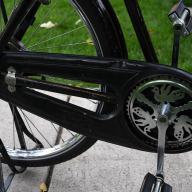 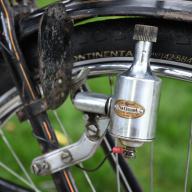 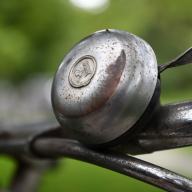