Prewar Rollfast on the road again

This Rollfast, which until recently lived in Pennsylvania is fresh of the Buzz Bomb workstand. Apart from crusty tires and a little rust, the bike was in wonderful condition. After some buffing and shining the paint is as good as we’ve run across and the Troxel saddle looks virtually new.

Our favorite part of this streamlined beauty is the transition between the tank and the rear carrier. It’s about as seamless and slippery as any bike we’ve ever seen. We’re also quite fond of the twin headlights. …And the Persons reflectors. …And the tank itself. Lots of shiny metal to look at here.

The bike runs like a champ, which isn’t always the case with these old balloon-tire bikes. With all the mass and extra sheet metal they often creak, groan and rattle. Not this one, though; it’s quiet as a mouse.

A couple of acknowledgements: Thanks to Mark from Bike Line of Lancaster for such an amazing packing job. Also a thank you to Addison, Casey, Dan and Greg of the Reno Ramblers for escorting the Rollfast on its maiden voyage. Only, next time can we avoid the hills? 60+ pounds of bike climbs under much protest. 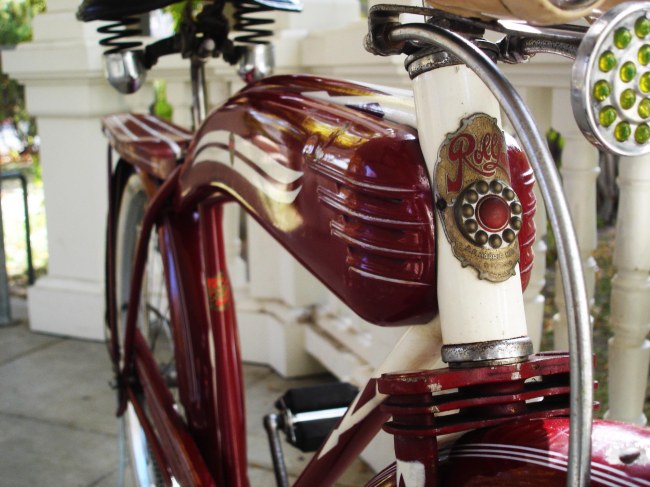 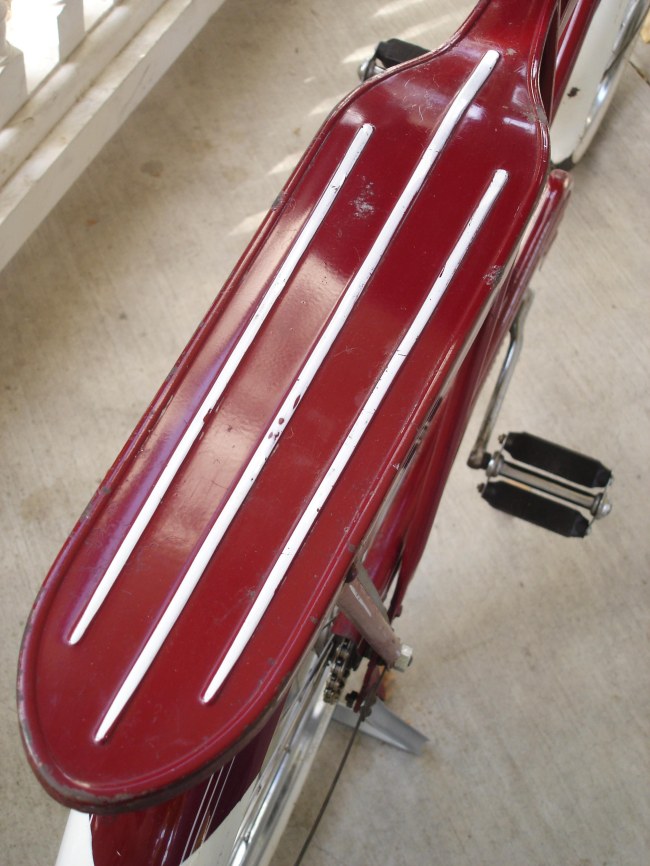 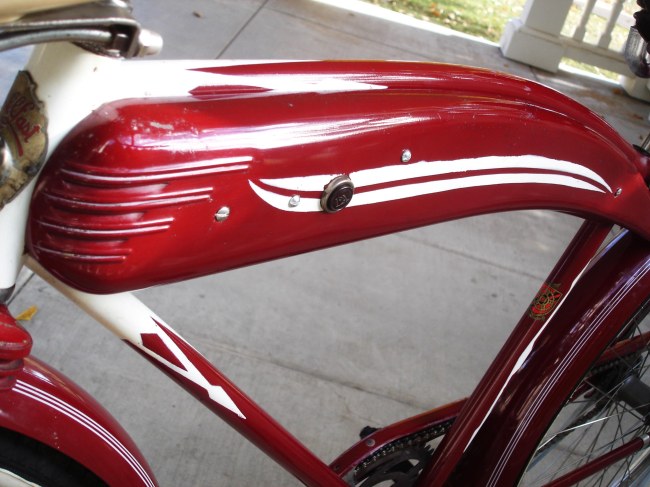 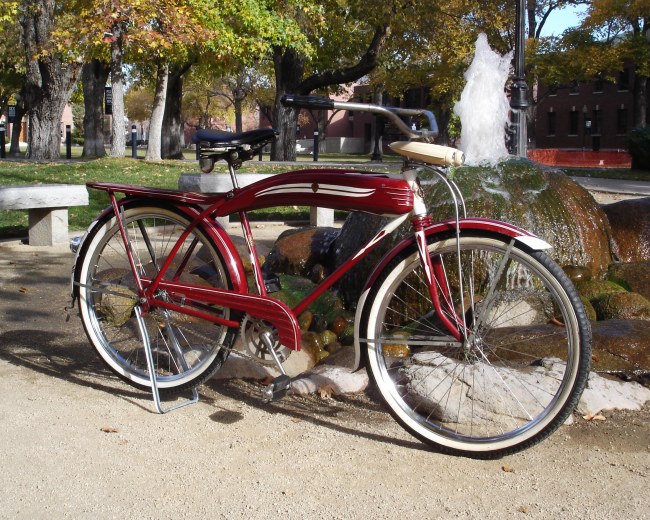