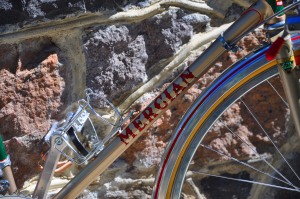 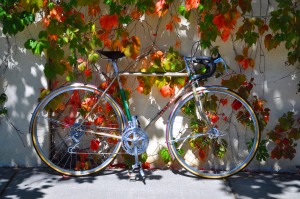 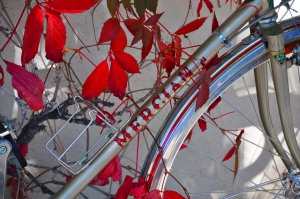 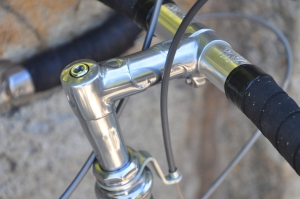 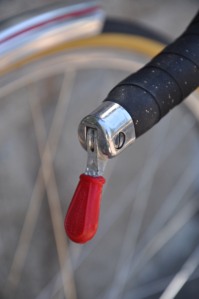 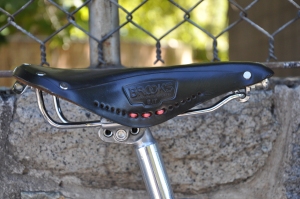 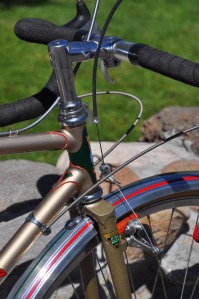 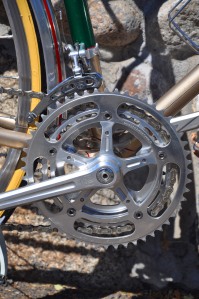 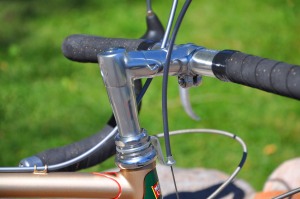 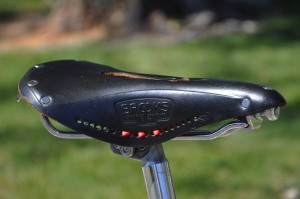 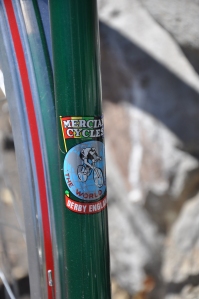 Done and delivered today is one refinished Rossin. Roland Della Santa did a great re-aligning the frame and Jim Allen from The Cyclesmiths gets credit for the paint. The bike now features Porta Catena, always a neato upgrade on racers drilled for the chain port. 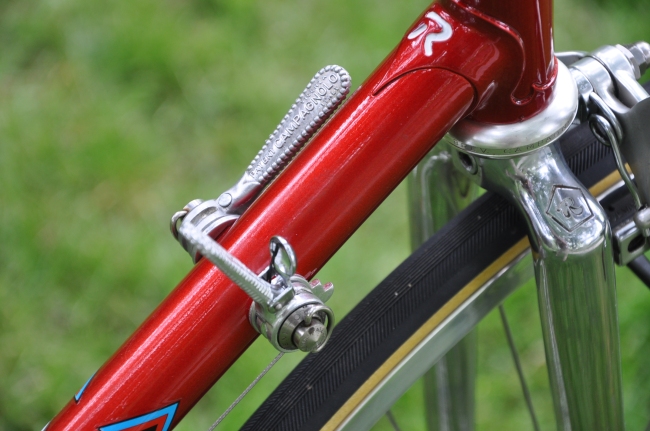 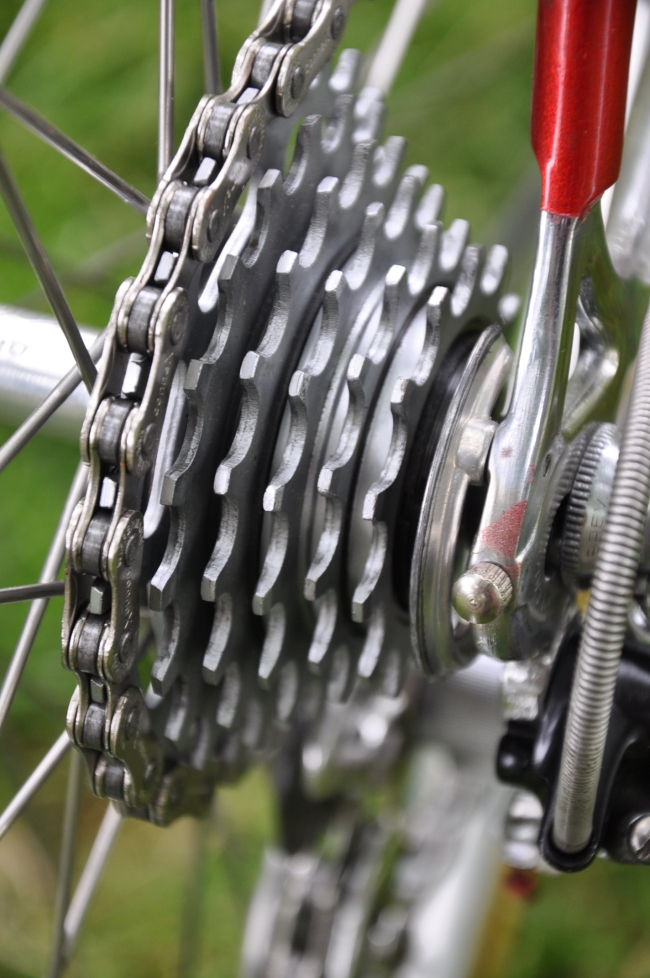 Who doesn’t love finding a pristine 1970’s road bike? This 1974 Schwinn Paramount lived most of its life in San Francisco where it was loved and doted on, but hardly (if ever) ridden. Jeez, it still has its original reflectors intact. That doesn’t happen very often.

It goes up on the sales block soon, so look for it on your favorite online auction site. 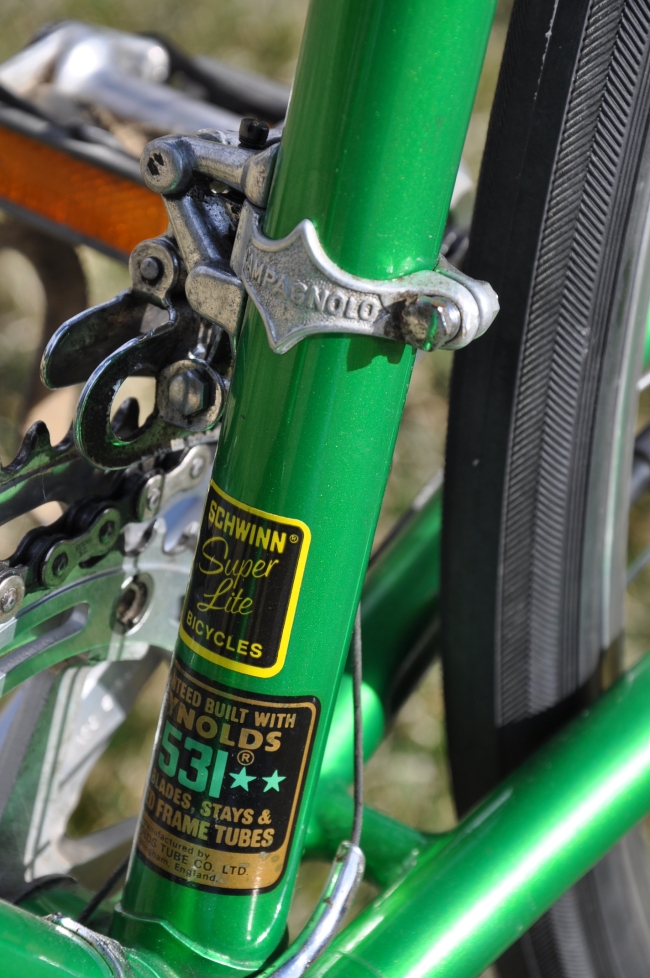 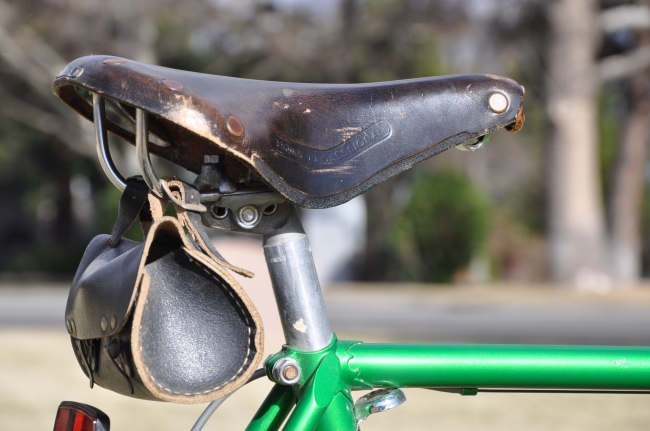 This circa 1980’s Rossin is in the shop for full restoration, including new paint, replacing mismatched parts, etc. It’ll also get a Campagnolo Porta Catena upgrade. 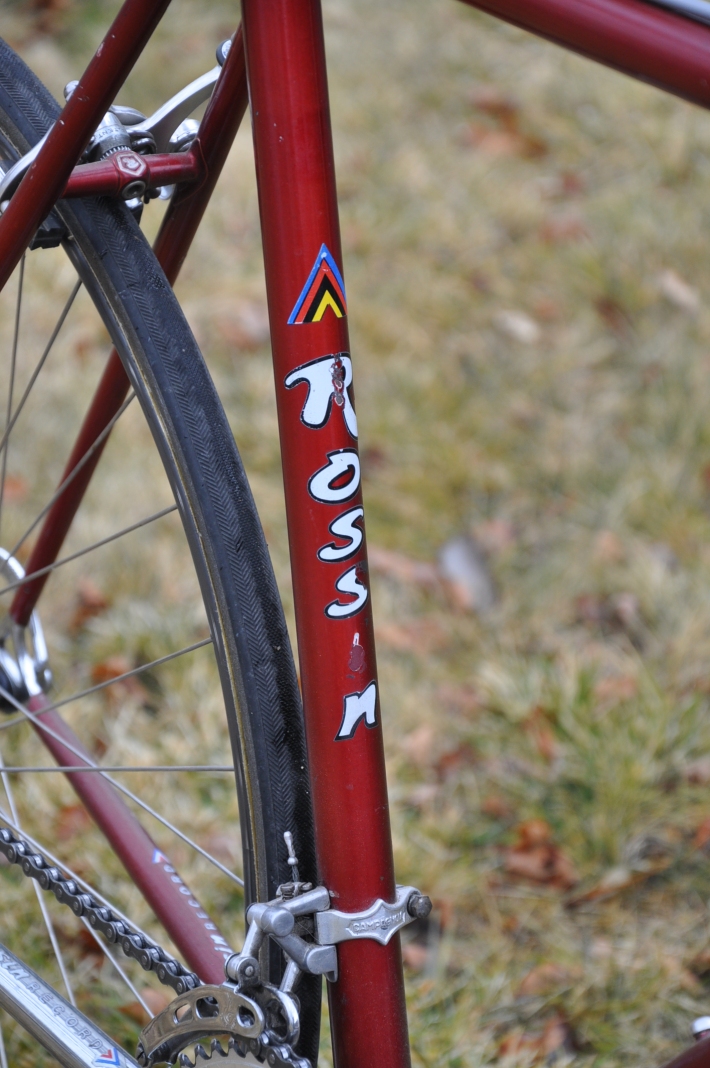 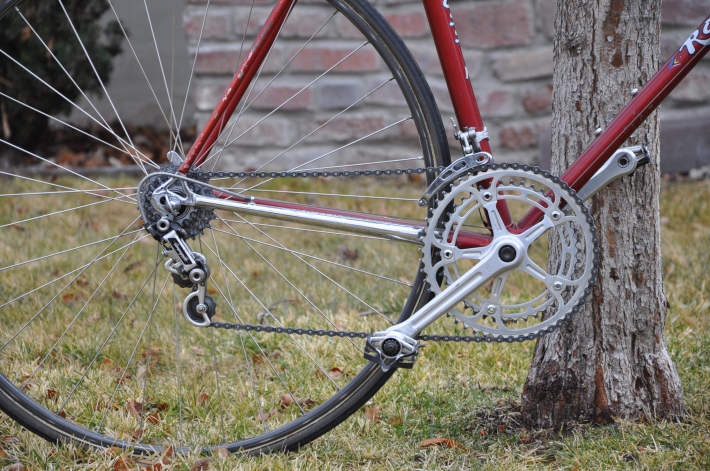 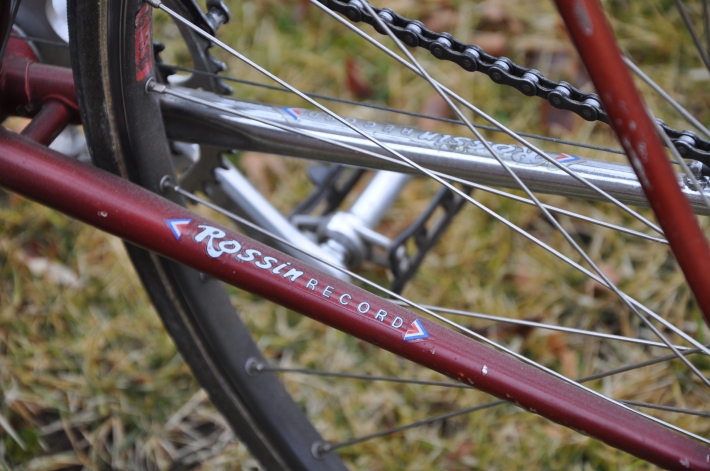 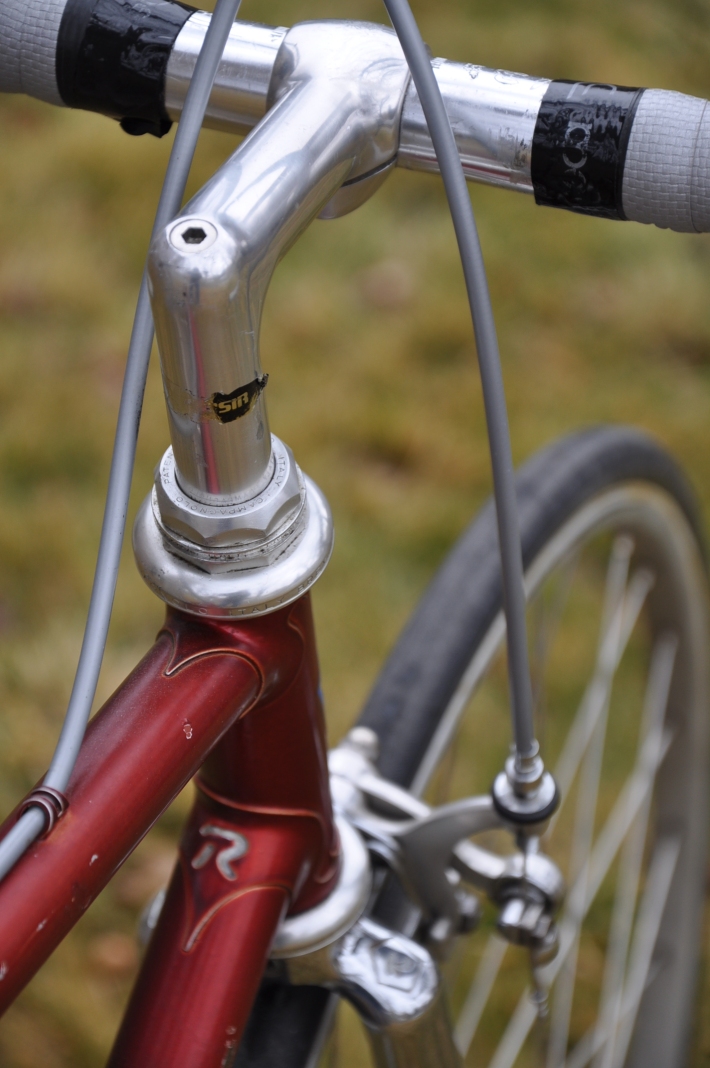 This 1970’s Bob Jackson arrived recently and just went through a complete refurbishment. We have a real soft spot for these vintage Brit racing bikes. The paint jobs are just so over the top.

(Thank you to Jennifer Miller for the bicycle and Mt. Tam Bicycles for getting it here safely.)