Early mt. bikes can be a motley bunch, with their various touring, BMX and vintage components, re-purposed and regrouped to (hopefully) create something that was a reasonably decent ride off road. A glance at a Boogie Bike and you’ll see that there was some real thought going into this bike, though. It may be an amalgamation of sorts, but it’s certainly no mongrel.

The bike was hand built by Ron Miller, a real-deal bike guy of the first order. He not only owned a bike shop in Nevada City with friend Jim Rogers, but also raced successfully for a number of years. His heartbreaking loss in the 1977 Nevada City Classic has been related to me more than once. Somewhere amidst all this found time to build roughly 50 frames.The story goes that he didn’t like the long wheelbase of most early mt. bikes which made it harder to maneuver the tight single track of California’s foothills. To shorten things up, he built his bikes around a 24″ rear wheel. Being wayyy too big for me, I’ve only ridden this particular Boogie Bike around the neighborhood, but on theory alone I like it if for no other reason that it’s an out-of-box, or should I say, out-of-the-triangle way of thinking.

Ron wasn’t ambivalent about his theory, either. The Boogie Bike will be using a smaller rear wheel, period. Even if the chainstays were long enough to sneak in a 26″ wheel (which they aren’t), and even if you decided to go to the effort of moving your cantilever studs accordingly (which most of us wouldn’t), those huge plates on the seat and chainstays still guarantee you’ll be shopping for two different tires for the rest of your life. So, a 24″ rear wheel it will be, then.

Ron used profile tubing on the Boogie, quite appealing and totally over the top. I’m guessing he did it for stiffness rather than aerodynamics since the words “mt. bike” and “wind resistance” don’t cross paths very often. At some point the frame had a joining, or rather, lack-of-joining issue at the head/downtube which was repaired some years ago, thus the darker blue paint at the joint.

Other than that, the bike looks to be pretty much unmolested. You have your Suntour Mountech derailleurs, Sugino AT 175mm crankarms (to heck with ground clearance), Bullmoose handlebars, motocycle-esque Dia-Compe brake levers, Avocet seat/post combination, and of course, Specialized Ground Control tires mounted to blue anodized Araya rims. Without the Arayas  and matching Kangaroo Baggs pouch and Mt. Zefal pump it just wouldn’t be the same.

Sadly, Ron passed away at only 26 years old, really a shame because he would have no-doubt been a heck of a guy to meet. To me, it would easily have been worth a couple hour drive to go over the hill to Nevada City to share a few shop stories with Ron, if not to stock up on a 24″ tires. 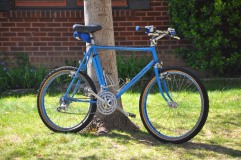 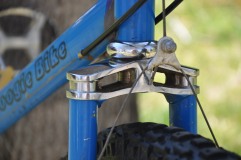 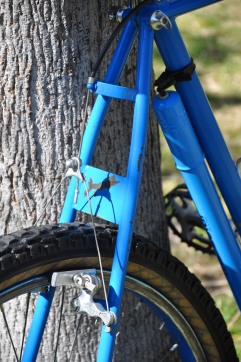 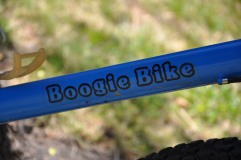 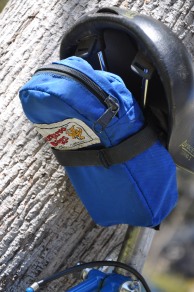 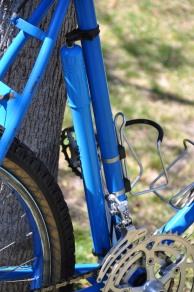 You know how it goes if you’re a bike collector: Sometimes you won’t run across anything worth mentioning for a long spell, and then out of the blue, a bunch will show up in one day. Such is the case with this collection of twenty bikes which arrived last Friday. They had been in the care of a local gentleman for a number of years, hung in his garage, dry, safe and largely unseen. I’d heard that the guy had bikes, but had never laid eyes on any of it until it fell into my lap.

Like most bicycle collections that are accrued over a long period of time, this one has a wide and varied range of styles, spanning more or less a century. There’s everything from an early Columbia Penny Farthing to a first-general handbuilt mt. bike, with a lot in between. Amongst the collection are some real beauties such as an early full suspension Pierce Arrow, a 1890’s Meteor, some early track bikes and a “Boogie Bike”, the aforementioned mt. bike which was reputedly made nearby in Nevada City, California. Throw in some original paint balloon-tire bikes, a few ugly repaints, a couple middleweights, a Raleigh 3-speed and a Schwinn stingray or two and there you have it.

I plan on highlighting the most intriguing of the lot over the coming couple months so please check back as they are individually dusted off, photographed and posted. As always, I’m also hoping to shed light on some of the more obscure bikes so feel free to chime in if you have insight into any of them.

As far as what happens to all the bikes, one or two will likely join the Buzz Bomb collection while the rest will either fall under the ebay auction hammer this spring and early summer or will be sold at our annual bicycle sale in June.

For now, I leave you with some images of the collection, taken upon their arrival. 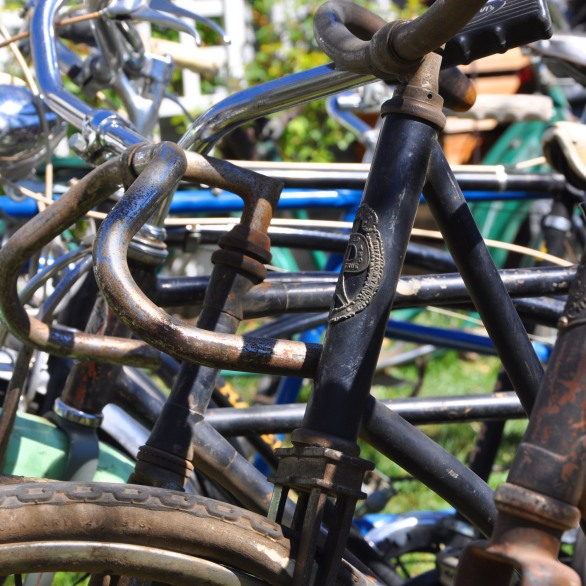 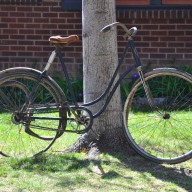 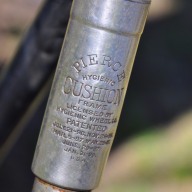 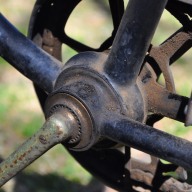 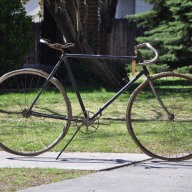 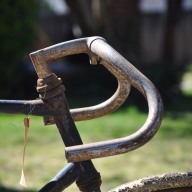 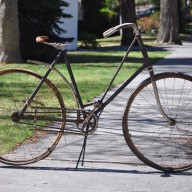 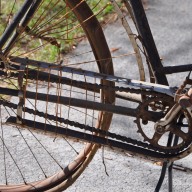 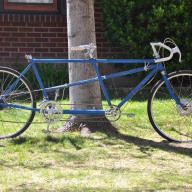 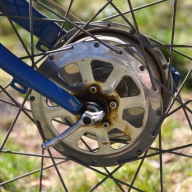 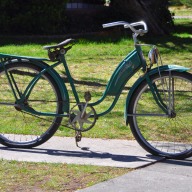 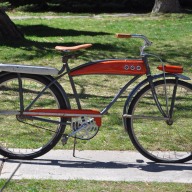 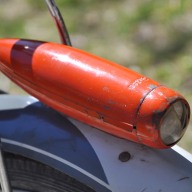 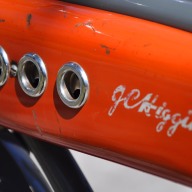 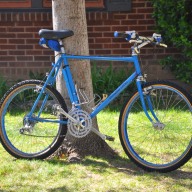 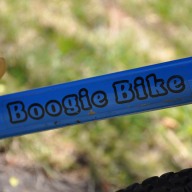 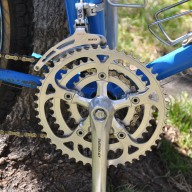 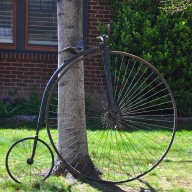 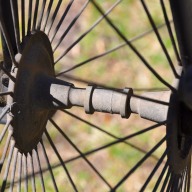 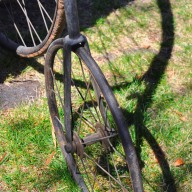 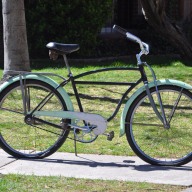 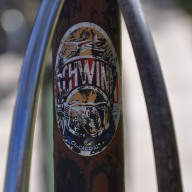