Mt. bikes seem to have been given short shrift here on the ol’ Buzz Bomb site. Nearly 9 years and 82 posts and I’ve never mentioned anything about any number of mt. bikes around here. Today it ends with a post about a more recent arrival.

While visiting thedropoutbikeshop.com about 8 months ago Chad had pointed out a Univega mt. bike that had been traded in. The bike had been updated with a few modern parts while also being “uglied” by its previous owner. The worst sin was a pair of Scott AT-4 mt. bike handlebars. I hated those things in the day and they’d never grown on me. I know form follows function, but honestly, those bars were too ugly to be useful. Because the bike was still pretty clean and also because I couldn’t stand to see it soldier on with those awful bars I decided I was going to buy it up.

I don’t recall having a flood of memories when I first laid eyes on it, but since then it’s caused me to reflect back on my Univega days at College Cyclery. By 1989 we were selling lots of Fishers and thus high-end Univegas were understandably taking a back seat. With so many beautiful Hoo Koo e Koos and ProCalibers in the shop, I don’t think we even stocked Alpina Teams by 1989. Looking at one nearly 30 years later I’m thinking the Alpina Team was a really nice bike for its day, though. It was light, using double-butted Prestige mt. bike tubing. The bike was relatively quick with its trendy straight fork, and finally, it was well appointed with Deore XT throughout. It also cost less than a similarly equipped Fisher.

Sure, the speckled paint job wasn’t the most attractive and makes the bike look really dated, but even Fisher hadn’t been immune to the look, splatter-painting their Hoo Koo e Koos. I guess I fell for it twice because there’s one of each here.

I keep thinking I’ll take the Alpina Team out into the Sierra mountains just to the west of here. It might be fun to spend some time on a rigid mt. bike for the first time in many years. Then again, I’ve never been great at trail riding and the only thing that’s increased is my waistline. Sad as it sounds, this might be one of those times when nostalgia is better left in the shop. 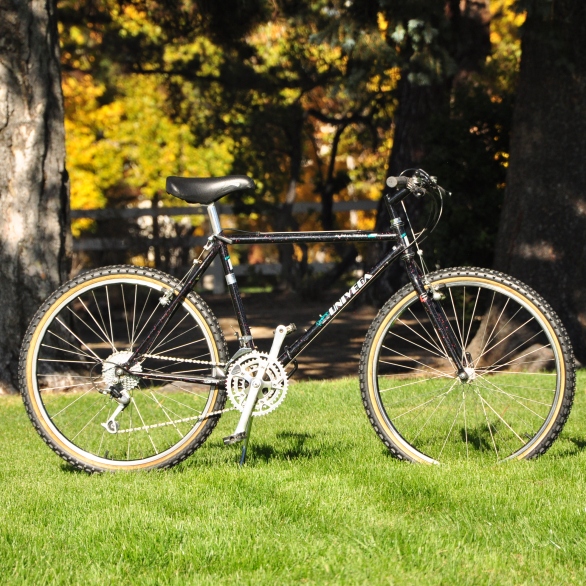 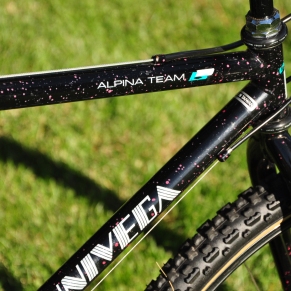 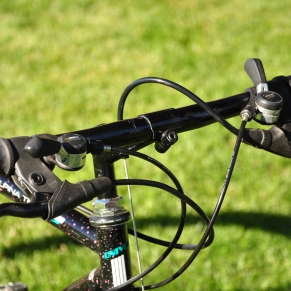 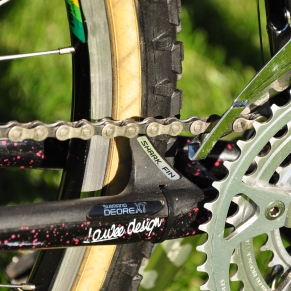 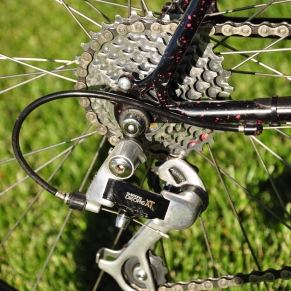 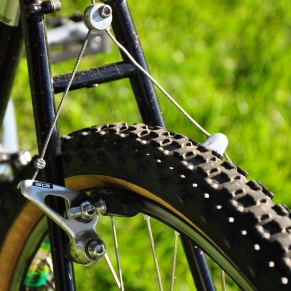 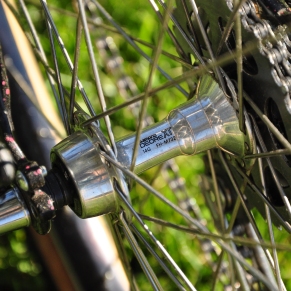 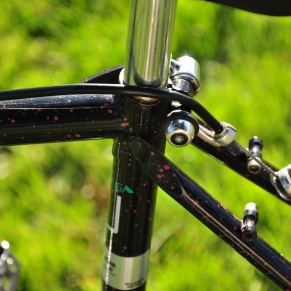 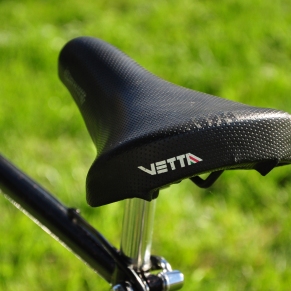 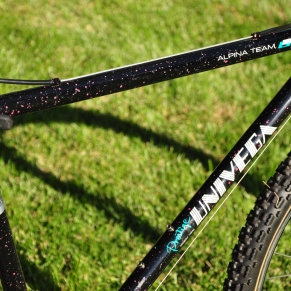 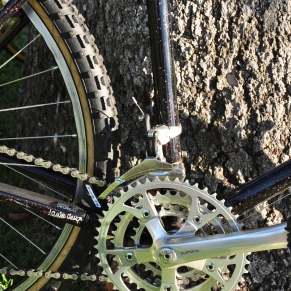