Well, that was even harder than I’d expected. In the end, it took Jake Barrett and me 30+ hours to get the first Thai pedicab together. 25% of the time was spent researching just what it was supposed to look like when done so we could properly assemble it. Since all three of the White Horse pedicabs were NOS many parts had never been fitted or assembled.  We had to determine the proper configuration of all those non-bike looking piece, drill holes in the appropriate places and then hope we were on the right track.

While we were fussing over the mechanical components I also addressed the seat cushions. Over the years they’d morphed from comfortable and pliable to hard and crumbling so our local upholsterer rebuilt them. He was able to save the covers which was a Godsend because there was no way to reproduce them accurately.

So, one down, three to go. We should cut the assembly time quite on the two remaining White Horses, but the Neelam will again be a learning process all over again since it was built in India and is thus a completely different beast. 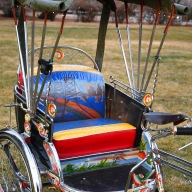 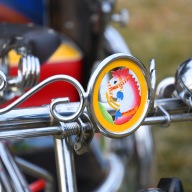 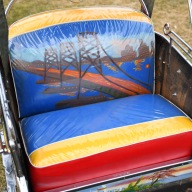 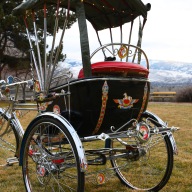 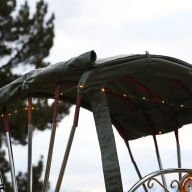 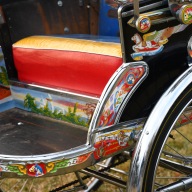 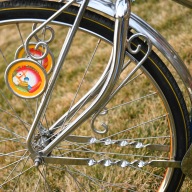 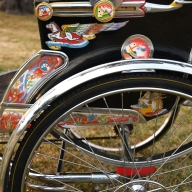 Around the shop, fall is the time when bikes are always getting moved around to make room for winter storage. This old fixed gear was in transition from one garage to another so we took photos of it while it was out. It was originally found in a shed in Silver Springs, NV of all places, about as far away from a velodrome as it could ever get. It’s amazing that the Lobdell wood rims didn’t cook during the many summers it sat in storage. Thankfully they (and the rest of the bike) weathered pretty well.

As far as what it is, we’re not really sure about the manufacturer or year of the bike. It has New Departure hubs which were pretty standard on bikes in the 1930’s-1940’s so there’s a hint if they’re actually original to the bike.  It also has reverse dropouts so it looks like it was a purpose-built track bike rather than a simple conversion. Hopefully some helpful reader will chime in with some information. 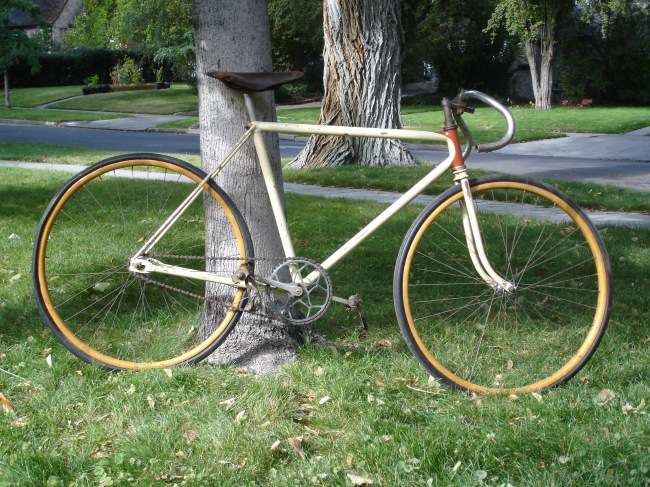 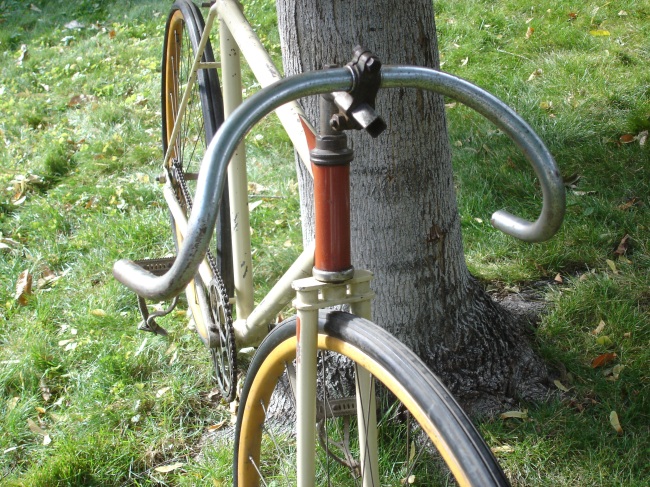 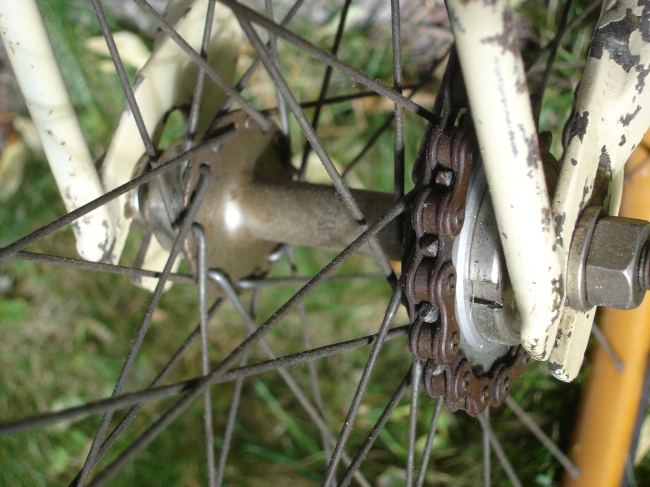 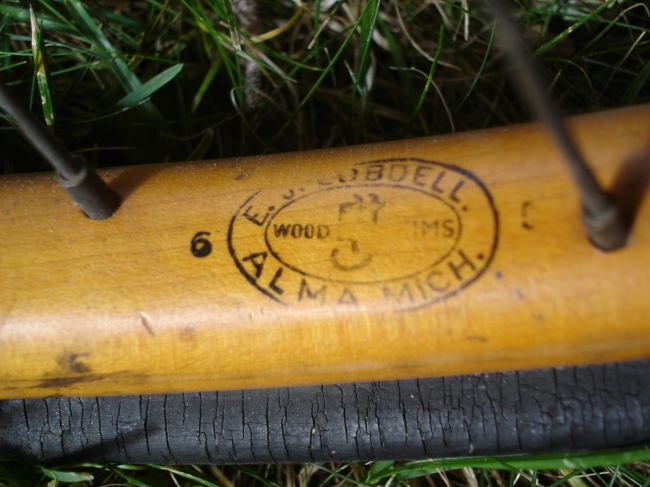 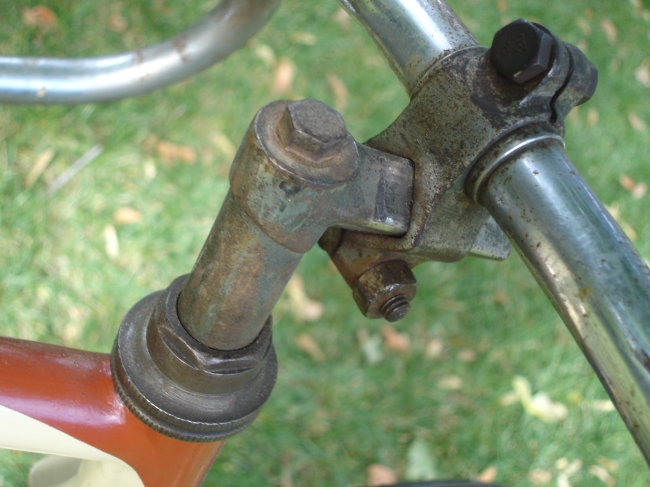 A Gazelle by any other name

When you think of gazelles you probably think of something quick and nimble. We know we do. This particular Gazelle, on the other hand…

This Dutch-made beauty (circa 1978) is about as “adorned” as a bike could ever hope to be, with lights, generator, wheel lock, bell, fenders, front mudflap, drum brakes and rear carrier (all stock equipment). It even has a chainguard and skirtguard, made predominantly from vinyl, we’re thinking to avoid rust, and hopefully to lighten the thing a little.

Ok, so it might not be Gazelle-quick, but then again, it isn’t the worst bike we’ve ever pushed around. Even with its high profile (the handlebars hit us mid-stomach) and its 28″ wheels, the bike performs modestly well. Agreed, it’s not a Masi, but the bike  easily outpaces a Raleigh DL-1 or Chinese equivalent. So, in that regard, we guess you could consider it the “gazelle” of the 28″ wheel bike world. Small claim, but it’s something. 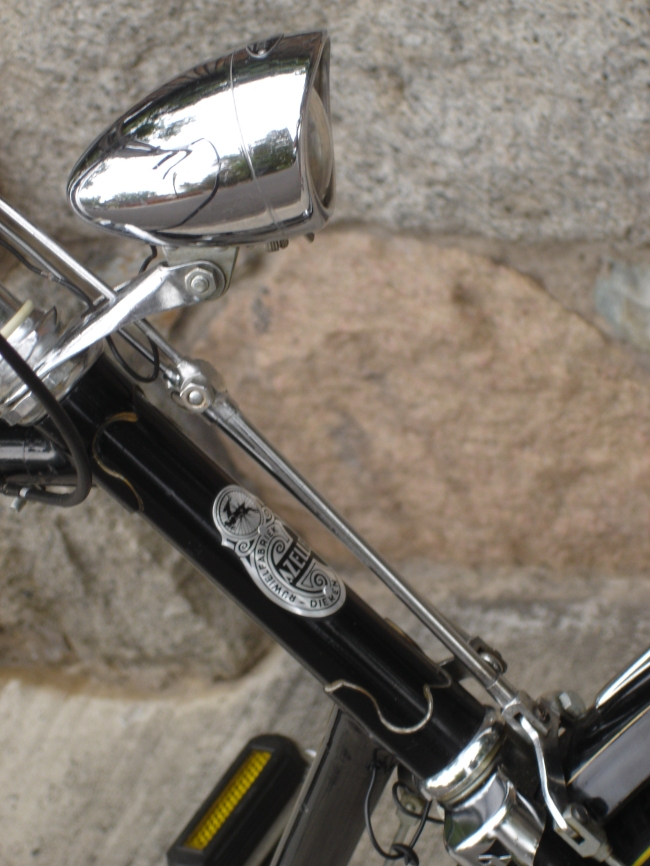 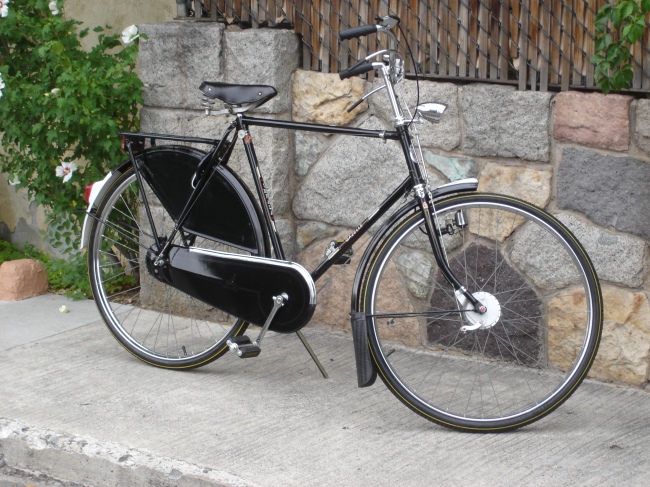 Fresh from New Hampshire, this English 3-speed gets everything from new bearings and new grease, to a new owner. Welcome to Nevada, Mr. Phillips.

On a whim the Swiss Military Bike and Trailer were brought out of storage for a couple neighborhood rides.

It’s amazing just how much this setup weighs (over 100 lbs). Still, the bike/trailer combo is actually quite ridable. Of course the opinion just shared comes from folks who spend their time on 1930’s balloon-tire bikes, so maybe they aren’t the best critics…

Here’s a good match for the girl’s Raleigh we posted a while ago (it was even made in 1960, the same year.)

This great old burgundy steed arrived from Arizona a couple weeks ago. It creaks and groans and does everything a good ol’ Raleigh should.

I decided to jump into the Raleigh right away, more than anything else just to show that projects do get done around here.

The worst part of the refurb was buffing out the paint. Something about Raleigh black paint makes it very prone to oxidation. It took 5 rounds of buffing and nearly 4 hours, but under all the powder was shiny black paint. Most of the gold striping went the way of the dodo, despite my attempts to save it by taping it off.

In the end there is no good financial reason to spend nearly 8 hours on a plain Jane 3-speed (I ended up taking the bike down to a frame and then back up again).  I don’t regret the time spent, thought. Chalk it up to “preservation” rather than “profit”.

Hopefully I’ll be able to find a new owner who will appreciate this great little Raleigh. 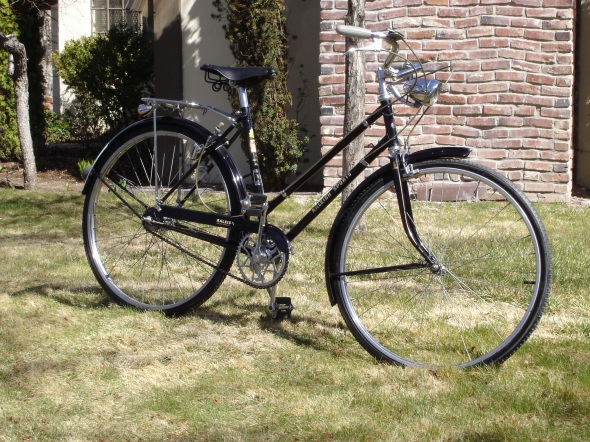