Yep, not one but three of these cherished beauties just arrived (when does that ever happen?) The burgundy racing bike was acquired second-hand, but the same owner bought the two touring versions brand new. What a lucky dog!

All three are Campy-equipped, with the Gran-Turismos employing Nuovo Record triple cranksets and Rally rear derailleurs. I’ve always had a thing for Campagnolo triples, probably because they don’t turn up very often. …And those Rally derailleurs. Who couldn’t fall in love with them.

Medicis are cool not only because they are desirable and their production was relatively low, but also because the bikes are linked to the storied Masi franchise. Rather than re-hash the history of the Medici and how it morphed from Masi USA, I’ll simply post a link that give a ton of background, and at times heated debate over the origin of the brand. 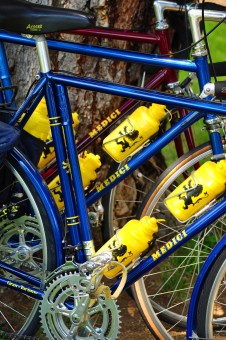 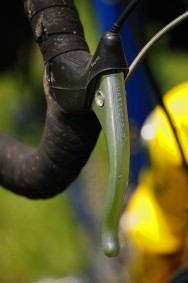