To understand the history of suspension bicycles, you have to look way before modern  mt. bikes, past the goofy spring forks balloon-tire bikes and head back some 120 years to the early safety bicycle era. There you’ll find the Pierce Cushion Line.

To be fair, George Pierce wasn’t the first person to add mechanical cushioning to his frames, but he was one of the first to do it well. One look at this 1904 Pierce women’s bicycle and you can see he had suspension nailed down pretty well. Over the years I’ve ridden many of the aforementioned ballooner springer systems and they run the gamut from moderately helpful to downright dysfunctional. Some of the earliest mt. bike shocks weren’t much better. Not so here. The “Pierce Hygenic” rear shock seems to actually work. Based on stationary tests I think it would do the trick of absorbing road shock quite well. The front fork, which resembles a leaf spring, is a wonder both in its functionality and beauty. It has a tightness which keeps it from bouncing about like a Schwinn knee-action fork. When it does flex it moves smoothly and has an amazing amount of travel.

Both suspensions lack the showy component of the later balloon-tire versions, another sign that these were meant to be functional, not just ornamental. These were meant to smooth out the roads of the era, often little more than rutty dirt paths. Pierce’s suspension not only made riding more comfortable, it made it possible. 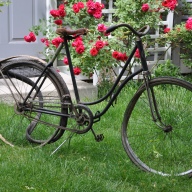 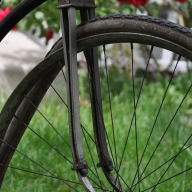 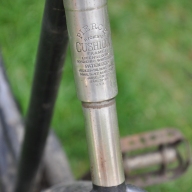 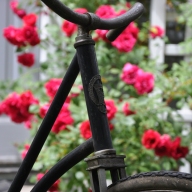 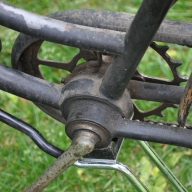 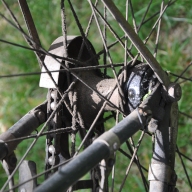 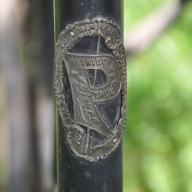 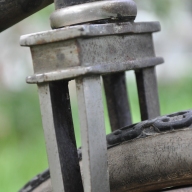 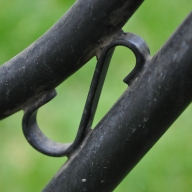