A Pierce spends a day with “family”

What are the odds that the annual meeting of the Pierce-Arrow Society would be held in our hometown of Minden, NV? Really, really small. Microscopic, almost.

Regardless, such was the case and it just so happened that, deep in the recesses of the collection, there resided an actual Pierce-Arrow bicycle. Coot had gotten it some years back and had been hunting for tires for the bike ever since. Alas, none had been found. With the discovery that the Pierces were coming to town, efforts were double and quadrupled to find tires so the bike could meet its kin.

Through the help of some 1920’s bike experts it was eventually determined that an older 27″ tire would fit the rim (barely, but they worked). A couple Michelins and 20+ hours of de-rusting, cleaning and overhauling and the Pierce was ready to go.

Below are photos of the meet. Heritage Park was plumb full of Pierces and as you can see, the bike was truly back in the arms of its family. From Coot’s standpoint, you couldn’t have found a nicer group of people; again, more like a big family than a mere group of auto enthusiasts.

(Many thanks to Ian Gubser for selling this bicycle) 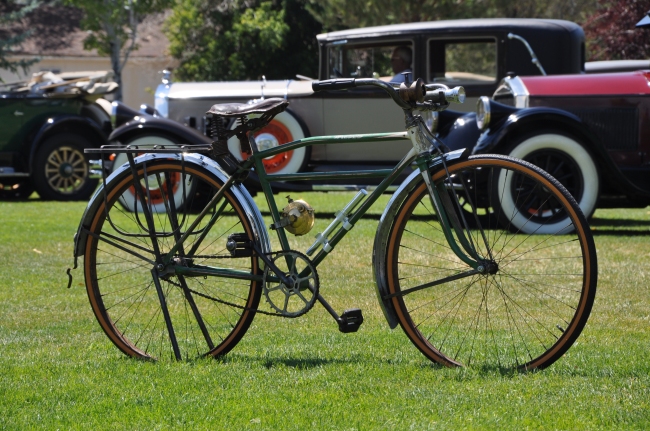